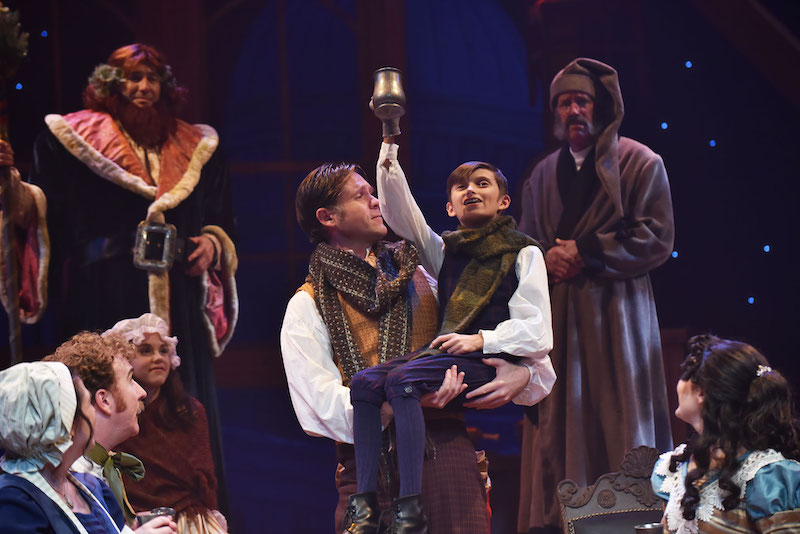 This Arts Season, Return Home to Orlando Shakes for the Best in Live Theater and Entertainment!

SPONSORED — Looking for the finest on-stage entertainment in Central Florida? After more than a full year away, live entertainment is back at Orlando Shakes in partnership with UCF! Don’t miss the upcoming season of riveting stories of courage, perseverance, magic, and love – worthy of a triumphant homecoming, and all at one of Orlando’s top date-night destinations.

To kick-off the season, Every Brilliant Thing explores how life’s exhilarating highs can lift us up from our devastating lows in a humorous and heartwarming one-man show told in collaboration with the audience.

Next up, Intimate Apparel follows an African American heroine’s journey of self discovery and the will to survive in New York City during the turn of the twentieth century.

For the holidays, a magical new adaptation of A Christmas Carol will bring the family together and melt the heart of even the most miserly Scrooge.

The new year brings a PlayFest alum to the stage: Sweet Water Taste is an irreverent comedy addressing the racial divide in the 21st century.

Audiences are next invited to step into the romantic and whimsical world of music, moonlight, and magic with The Fantasticks, featuring Broadway legend Davis Gaines.

The season continues with Shakespeare’s rivals-to-lovers romcom, Much Ado About Nothing.

In addition to the above, Orlando Shakes will be offering several special events throughout the season that are sure to delight and excite!

Want to watch — and be part of — the creation of a new show? Playfest 2021 offers you the rare opportunity to participate in the development of new plays. Converse with playwrights, directors and actors while absorbing groundbreaking new works.

And there’s still so much more — including a new Cabaret Series on the tented stage in the Darden Courtyard! For three weekends this season, join Orlando Shakes for evenings outside at cafe tables for two, savoring hand-crafted cocktails while enjoying extraordinary live performances featuring your favorite hits and standards.

Order tickets now to lock in the best seats for the shows you want! Visit OrlandoShakes.org to learn more about the annual seven-show Signature Series, PlayFest, the new Cabaret series, immersive educational programming that serves Central Florida schools and the local community at large, and so much more.

We were compensated to write this post…
and
We are committed to providing you with valuable content that informs and inspires you…
and
We are clear that all of our content, including our sponsored content, gives value to our readers.
Our commitment as a for-profit website is to marry total transparency with superior, locally-created content. If you ever feel we fall short in that commitment, please let us know.